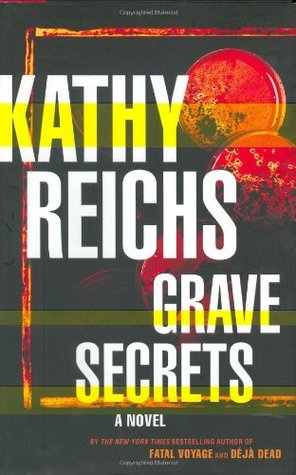 Right. Finished “Grave Secrets” by Kathy Reichs, fifth book in the Temperance Brennan series. So far it was gradually getting duller…

About the Book: Killers of every ilk are no mystery. One way or another everything boils down to human brutality, greed, and other vices. It’s the victims that cause questions and wonder. Why those four, so brutally murdered and left behind? Why that one, with an unborn skeleton entangled in her own?

My Opinion: This was greatly lacking. Lacking in flavor, adult behavior, communication. Premise was great, murders in the name of science, cult-like vibe, that constant danger Brennan seems to always be in. And yet it felt like going through the motions. Here’s the plan, here’s the setting, do the mandatory thing until something or someone saves the day and Brennan can put culprit behind bars.

Still, while a bit disappointing, I can’t claim I didn’t have any fun reading it. 3 out of 5, but solid.

Eh, wanted something short, so I picked up “Prince of Killers” by Layla Reyne, first in the Fog City series. Sappy criminals and even sappier love story.

About the Book: Someone’s always trying to take the crown of the Prince of Killers, soon to be a king. So this here, new threat, would not have been all that different. Were it not for how the warning about it came to the head of the organization, in a shape of a handsome fella called Dante Perry. He seems to have a lot of sensitive information about a lot of things and is determined to stay nearby and keep that crime throne under whom it belongs to.

My Opinion: I understand the want and even a need to write some mortals into your killers. But there has to be a balance, else you end up with batman on your hands and that’s just not the same. A dull love story didn’t help it either. Not my cup of tea. 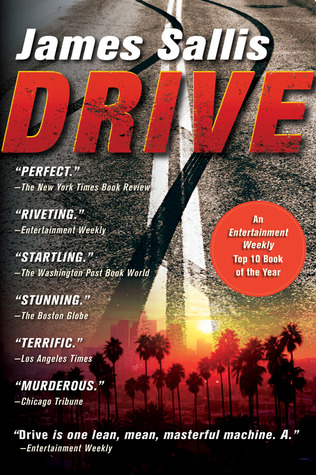 “Drive” with Ryan Gosling is one of my favorite movies. So when I spotted James Sallis books by the same title on which it was based, I had to read them.

About the Book: He drives. Nothing less and nothing more. Stunts for movies at day time, heists at night time. No details, just where, when, and where to. And still it went sideways! He tried to fix it… But you can’t expect others to have same principals as yours.

My Opinion: The story is interesting, short, but a bit tough to read. It tells a tale of a man we know as the driver. From his childhood in a chaotic broken home, to his driving talent and where it landed him, to crime business and that one job that went wrong. Tales are parallel and it’s not always clear which one you’re reading until some major detail pops up.

Saying that, the book is short, so it’s worth reading it if you enjoyed the movie enough. A 4 out of 5. 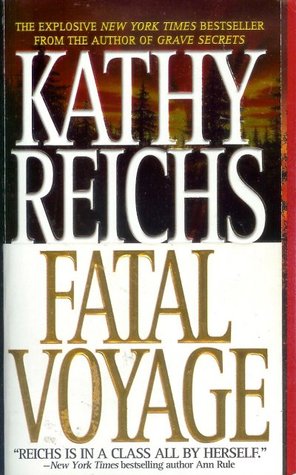 Crime detective for a comfort read. Though, in the Age of Pandemic, where Netflix docuseries on true crime entertain us all, it’s likely not even strange. So I’ve read “Fatal Voyage” by Kathy Reichs, fourth book in Temperance Brennan series, also known by the title of loosely based on books series – Bones.

About the Book: Plane explodes in the air, landing a debris of plane scrap and people, bodies, often not even in tact. Testimonies of something being flown out or shot into the sky before the tragedy happened. And pressure from higher up that keeps trying to get Brennan off the case… Someone truly doesn’t want her digging. But why?

My Opinion: I don’t have a firm opinion on the series as of yet. These books are neither good nor bad. It’s just comforting to read, have that familiar name around and such. And this particular one was not bad either, lots of twists and turns, some got to me completely unsuspected, turning the whole story into… something else.

“Daemon” by Daniel Suarez would’ve otherwise been an amazing book. But there’s so much empty sidetracks that I ended up swinging between “love this book” and “hate this book“.

About the Book: In an evolution affected by tech it seems the next step is to take the Human out of the equation. A single truly brilliant evil mind is all it took to get web-entagled world onto its knees as a new video game spread through reality, with new rules to learn, and fast, if one wants to survive.

My Opinion: A great story that’ll illustrate you why there was a need of Blackwall in Cyberpunk 2077, or what would happen if all those angry kids from GTA or WOW would get to be their characters in real life. But then, parts of it, the parts that were most commonly used to introduce us to characters and make us feel anything for them, felt like they were from another book, another genre. The YA genre where protagonist bad boy could never tell the girl about that scar, for he is such a monster, with such a deep dark past… In other words “I will never trust you because of the trauma I had that I will now describe you in detail, so that even though I will never tell you my name, you can likely track down such an event anyway“.

As you can see I got a little bit irritated. As it’s a duology, I don’t know, maybe I’ll give the next book a shot too, just to see if it gets better now that the part about characters is sort of over. But at the same time, there were new angles that I have no desire to read about. 3 out of 5 for now.

I’ve finished “Slip and Slide” by Patricia Logan, third book in Death and Destruction series and the last I will read.

About the Book: Suspicious accidents in the mines where Evans grew up land the pair there for an investigation. Corrupt officers, strangely functioning coal mine, rural way of life and Evans’s estranged family…

My Opinion: The book consists of fairly dull and sometimes outright passive action, very long inner monologues that offer little to nothing for the characters, and sex where “so hot” is every other word you read. You know, just so you don’t forget how hot these guys are.

“Change Agent” by Daniel Suarez was the most exciting book I’ve read this year. I dare say, it’s what I wanted Blue Ant to be.

About the Book: If one day someone told you that your child can be everything you ever wanted, everything you never was, and more, but the procedure is illegal – would you do it? And what if they told you that you too can be whoever you ever wanted to be, even if that’s no longer yourself?… Kenneth Durand has created an algorithm meant to find places that do these illegal procedures and shut them down. But the moment he stepped too close to a very notorious gang, tables flipped. Now he’s the one hunted. For another man’s crimes, wearing his face and body unwillingly, with absolutely no one to confine to…

My Opinion: A very fast start and then a decently paced progress, packed with action. The darkest human desires to be better or to be entirely someone else result in gangs of movie stars (imagine a dozen of Brad Pitts), a concept of “opposite of life“, and oh so very much of strange and scary science.

Loved it, a nice change from my usual reads this year. 5 out of 5

book review | Among the Living by Jordan Castillo Price | PsyCop 1

Since there’s less time to read before the holidays hit, I’m on a hunt for shorter books. The first one I found that required some virtual dusting is “Among The Living” by Jordan Castillo Price. Pretty good for the paranormal mystery detective that’s this short.

About the Book: To solve crimes police force uses teams of two. A psychic detective, someone able to communicate with the dead on scene. And regular, someone able to keep cool and match unheard testimonies to evidence. But the new cases leave even someone as strong as Victor – baffled. There’s just no one on the scene to talk to. As if the soul moved on or…

My Opinion: Simple but good, easy to read, with pretty good protagonists. Though I somehow ended up liking the side characters better. They just had more dynamic to them, more story, more substance. Detective itself was nice, a little bit scary, a little bit twisty, just enough to keep you interested in what’s next.

How’s you with time for books as holidays creep in?

As AC: Valhalla and Cyberpunk 2077 came out, I’m torn between wanting mythology (mostly norse) and sci-fi, since cyberpunk is a bit harder to get. Themis Files seemed a good call between the two (if not norse), but after I read “Sleeping Giants” by Sylvain Neuvel, I don’t think I’ll continue with the trilogy.

About the Book: Across the world there lies a sleeping ancient robot built by aliens. Left there until such a day when humans will be advanced enough to find it and learn how to use it, with as clear the instructions as an alien race could leave. And as they found their first part, a hand, they were intrigued, a little scared maybe, but mostly curious. They kept it a secret, nation’s heads together, deciding what to do about it. Until more parts were found. On foreign soil. And the truth came out. That’s when the nastier side of humans surfaced, as nations vied over the ownership, aiming to get the robot or destroy it if they couldn’t have it. An alien race out there became secondary to most. But not all.

My Opinion: The story is very predictable and bland, with two dimensional characters you get to experience via some kind of glass, second-hand. There was just no time, no event, where I cared enough for their well-being to be invested. The only interesting point here was a character that seemed to be a Mycroft of sorts, with a network of information, otherwise not available, secrets, “friends“. But other than that, biggest mystery of all was why the hell would aliens arm a robot with a sword and a shield? 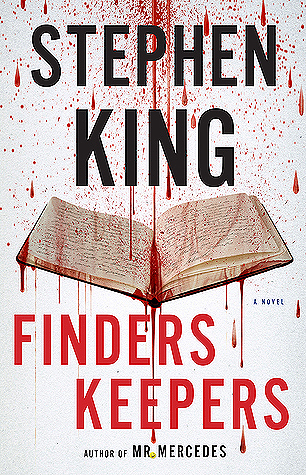 Mh, still a no. I liked “Finders Keepers” by Stephen King, second book in Bill Hodges Trilogy, about as much as I liked Mr. Mercedes. Which isn’t much.

About the Book: Obsessed with characters, fictional world, Morris Bellamy commits to robbery and even murder. But those aren’t the reasons he’s in prison. No, this torture was just a drunken error. And the only thing that keeps him alive all this time is his treasure. The notebooks he stole from his most loved and hated author. Notebooks that are safe, waiting for him. Notebooks that have been found by a boy who read them too and now burns with the same obsession Morris feels…

My Opinion: This isn’t the first book by King on insane readers. Makes one wonder, doesn’t it? Anyway, the book is written very well. Characters are on point. But the problem is with the middle. Good start, strong ending, with almost nothing other than air in between. Sure there’s a little bit of insight into character inner workings. And some tension due to some mean fellas. But that’s about that. The rest is pushing time and pages.

Saying which I still can’t claim the book is bad, and will give it a solid, firm 3 out of 5.