Books feel difficult these days. I’m beyond unmotivated. Resources of it drained in a year of quarantine. But, if slowly, I got through “Old Man’s War” by John Scalzi, first in the series.

About the Book: Humans are slowly but surely putting their roots into the soil of the great universe. Some get to go as colonists. Others as those who’ll defend humanity, those said colonies, and make room for more. But here’s a catch… Those who can only enlist into military, can only do so when they’re 75, knowing nothing about anything out there, not even how a war is fought with such old soldiers.

My Opinion: It began a bit slow, but steadily picked up and then kept a good pace through and through. There’s action, but not too much. There’s gore, but not too much either. There’s good humor and a mediocre love story. All in all, if Expeditionary Force is too much, then this will be just right. A good book, easy to read, with a nice new view on how humans could begin their life as part of the Universe. 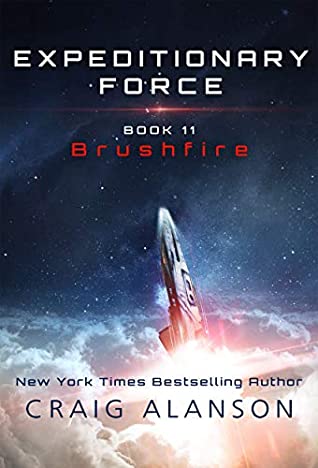 Is there anything better than a jigsaw puzzle with an audiobook on a snowy day? Nothing’s better if said book is also “Brushfire” by Craig Alanson, 11th in the Expeditionary Force series, and the puzzle is of Maelstrom (cyberpunk 2077).

About the Book: Joe Bishop used the elder weapons card on the hostile aliens that would wipe out any life in the universe, this way everyone loses, so everyone has incentive to behave. Doing so he assumed Earth would be safe. Well… Safe-ish. They’re still going with the beta site plan, just in case. And… Well, he he, you’re not going to like where this is going.

My Opinion: Of course it’s good. By now, does anyone expect any less? The book is packed with tension, explosions, more tension, some hope to keep you reading, great humor, and utter dread for every character ever.

I’ve no motivation to read or write, apologies if it’ll become even more dull than it was. “The White Rose” by Glen Cook is the third in the series and at certain points it was very good. At others it was at best confusing.

About the Book: The ancient evil is no longer asleep. Maybe he never even was. Dominator’s powers grow and his tricks from beyond the grave are becoming ever more deadly. It seems that the only way to overcome the new nightmare is for enemies to unite. For the White Rose to strike an alliance with The Lady.

My Opinion: In some aspects it got real interesting. The digging in history, research for the old, buried names that might sway power. Old and young gods clashing. All of that was brilliant. But the whole Raven ordeal was awful. 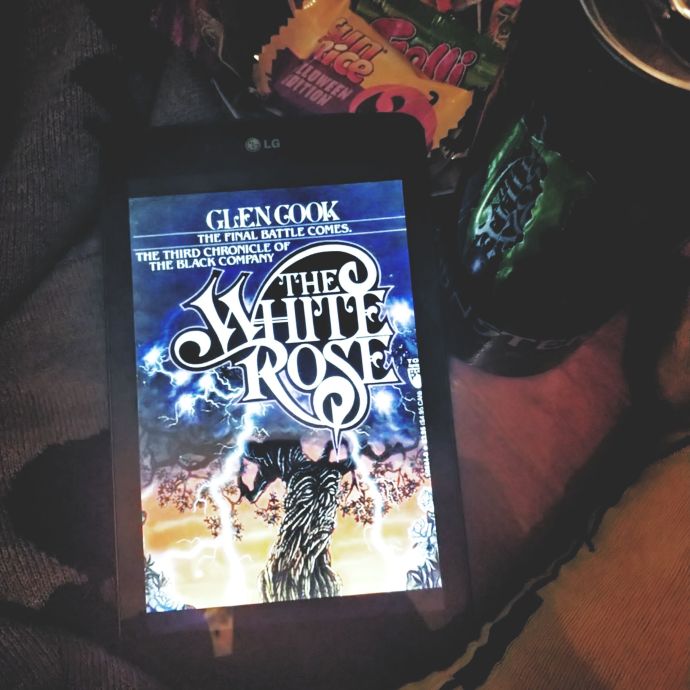