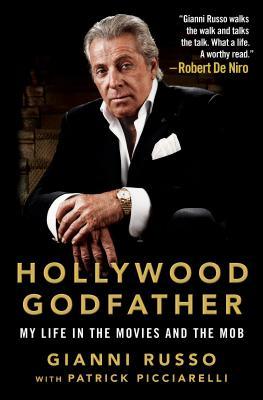 While “Hollywood Godfather” by Gianni Russo has its own issues and problems, deriving mostly from the times it all took place in, and the inequality dominating the masses back then, the story itself was a fascinating read.

About the Book: If you’re wondering where you’ve heard the name or seen the face – Carlo Rizzi from Godfather, and many more. A real life mobster in a movie about mobsters, and he wasn’t even the only one. Gianni Russo tells us in detail how the movie got produced, what events took place, and what people got to be in it. Being a business man at the core, he also mentions what markup he made on soda cans he was selling to the crews. From estrangement with his parents, to first business ventures re-selling pens, to meeting a mobster who’ll become a father figure, to making it in the world. Gianni Russo leaves us with words: “yes, you can“, so if you needed any more motivation…

My Opinion: It was funny to read about the need to fake danger for the bright stars rubbing shoulders with mobsters, wanting to imagine they’re part of this thrilling world. From trash bags filled with newspapers, to introductions. Even more fun was to read about all the people Gianni Russo knew, such as Marilyn Monroe, Elvis Presley, Frank Sinatra, and so on, what where they like. There’s many historical events too, mob orchestrated happenings involving politicians, assassinations, and such. And while I wish he would’ve spoken out about some issues, instead of just glossing over them, I enjoyed the book, and the people I get to know in it. Some things will never look the same ever again.

I never know how to rate a memoir. It’s one thing to rate a creation, a whole other to rate someone’s life. So, taking in writing, and how captivating it was, I give it a 5 out of 5.