How much action can 59 pages fit? Well, according to “The Rat-Catcher’s Daughter” by K.J. Charles – a lot.

About the Book: A street gang jumps for power by terrorizing those less fortunate, and other “freelancers” as themselves. Pressure, payments, bought debts that grow greater. But Lilywhite boys aren’t easy to push and force into something they don’t feel like doing…

My Opinion: Fights, threats, people flying out the windows, utter chaos and a beautiful love story with a sweet unexpected turn, as, actually, should be expected from K.J.C.

As always, a fantastic book. I’m not even biased over gangsters. Well… Okay, just a little bit. 5 out of 5.

I keep trying to tidy out my home library, so I’ve dusted some more TBR old-timers for the end of the year. This time with some good crime thriller “Death and Destruction” by Patricia Logan.

About the Book: After a long nightmarish work undercover Wolf must go into witness protection program just to survive until one of the most dangerous gangsters gets behind bars for life. An ex marine to guard him, Jared, a man with his own demons to fight. Together they try to survive and not give in to ever growing feelings for one another.

My Opinion: Pretty good, high tension bits were epic, interesting backgrounds, fun time with sniper prep. Could have been more of that and less of relationship clichés.

All in all a very decent book. 4 out of 5 from me, might just read another too.

book review | Among the Living by Jordan Castillo Price | PsyCop 1

Since there’s less time to read before the holidays hit, I’m on a hunt for shorter books. The first one I found that required some virtual dusting is “Among The Living” by Jordan Castillo Price. Pretty good for the paranormal mystery detective that’s this short.

About the Book: To solve crimes police force uses teams of two. A psychic detective, someone able to communicate with the dead on scene. And regular, someone able to keep cool and match unheard testimonies to evidence. But the new cases leave even someone as strong as Victor – baffled. There’s just no one on the scene to talk to. As if the soul moved on or…

My Opinion: Simple but good, easy to read, with pretty good protagonists. Though I somehow ended up liking the side characters better. They just had more dynamic to them, more story, more substance. Detective itself was nice, a little bit scary, a little bit twisty, just enough to keep you interested in what’s next.

How’s you with time for books as holidays creep in?

I really enjoyed Carnival Row, so I picked up “Carnival Row: Tangle in the Dark” by Stephanie K. Smith when I saw it in my recommended.

About the Book: Short little prequel to the series tells us about the life before war made Tourmaline and Vignette run. Life of carefree studies, dizzying poetry and the heights of love. And then they came. With their rules and restrictions, getting ever bolder…

My Opinion: You can read it and get the story no matter where you are with the series, watched it or not. A good captivating little piece of high fantasy.

A quick little read for the busy busy times, 4 out of 5

Assassin’s Creed: Valhalla came out, so my reading is a bit… Lucky I remembered I have “Slippery Creatures” by K.J. Charles, a quick and captivating read.

About the Book: Will Darling came back from war and took over the book store his dead uncle left him, just to get a throng of suspicious fellas come in. Each one or rather each time, for they soon started repeating, they demanded the information ever more… Well, demandingly. And up until Kim Secretan, a charming and impossible man showed up, Will had no damned clue what the hell are they talking about.

This was amazing. A wonderful little distraction. 5 out of 5.

I feel like I failed with October Reads this year and, honestly, I blame the year for it. Not only it was the strangest and hardest since forever ago, but there’s this constant rush and push from work. All the bad things, all the stress. It led me to not prepare well enough. And so I finish October with a book I had picked for December, a fairy tale retelling, “Gretel: A Fairy Tale Retold” by Niamh Murphy.

About the Book: Hard year after a hard year left many a village abandoned as people ventured out to find work and food. Among them were Hans and Gretel. After tough luck they found themselves saved from wolves by a strong and clever woman. She sheltered them, gave them plenty of food. Seems that hardships never befell her and so Hans grows ever more suspicious each day…

My Opinion: The tale is too short to leave a lasting impact, but it’s well written for what it is. Characters are great, their actions and reactions were logical, and, come on, who doesn’t love a witch in the woods? 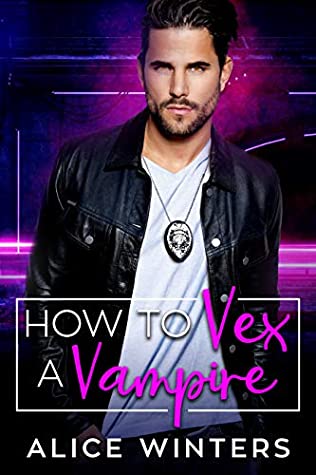 “How to Vex a Vampire” by Alice Winters is both the most annoying and the most amusing book of this year.

About the Book: Ever since he was a teen Finn was being stalked by an elder vampire. For a while he was gone and it seemed like Finn could finally live. But now he’s back and there’s only one way to deal with this. So Finn weasels his way into vampire crime department. Just in time before all hell breaks loose. See, not everyone likes vampires and humans coexisting. Some believe it’s only a matter of time until vampires try to assert dominance. So they made two types of drugs. One gets them blindly hooked. The other one sends them into wild bloodlust frenzy…

My Opinion: Banter is cringy, filler scenes are cringy, and dudes keep losing their pants. There’s no base to character development, they just switch gears as plot progresses, which is technically fine, it just makes for poor reading experience. But the plot itself is a saving grace, for it was interesting, and I wouldn’t be opposed to reading another one.

A 3 out of 5, sorry, I can’t get past the graphic “dog stole my pants and underwear” scene.

“Pretty Sweet” by Riley Hart and Christina Lee is a continuation in series Boys in Makeup, but is told from the perspective of Seth, Jessie’s roommate. And while it wasn’t exactly what I enjoy (I don’t like contemporary in general), it was definitely a decent read anyway.

About the Book: Seth’s mother was always controlling. But it got out of hand ever since his father died. Now she puppeteers every aspect of Seth’s life she can lay her hands on, from the car he drives, to the school he goes to. Thus forcing Seth into double life of which both are very secretive and closed off. Up until he meets Jake and his wonderful mother. Two caring and loving people. Exactly the family he has been missing.

My Opinion: There’s too many dull scenes of moving and furniture shopping. Are we really our cabinets? Well, maybe we are, maybe I just haven’t found a cabinet that’d speak to me. And the whole repeated heartache stories got on my nerves too. It’s as if authors were worried we’ll forget who the assholes are, and why these people are so broken. The plot was okay though, very easy to read, so I can’t say it was a bad book. 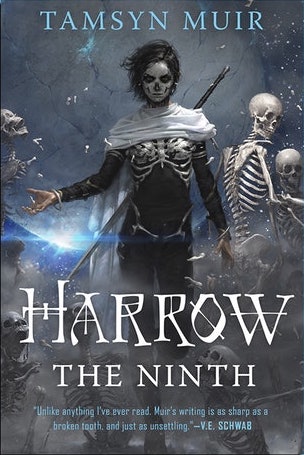 Holy… I’ve noticed there’s “Harrow the Ninth” by Tamsyn Muir, second book in The Locked Tomb, already out, so I grabbed it. Remember in the last review I said I love me a good book on necromancy? Well, score two.

About the Book: When Deathless Emperor beckons – you come. Even if he’s drafting you into a war you could only win in your dreams, and even then – unlikely. And it absolutely does not matter that you barely just rose above being the last necromancer of your house, that your body is failing and trying to fall apart, that you’re nauseated and can’t trust any of your tools, even your damn eyes. Nor does it matter that you’re possessed by an angry spirit. Or several. Death is everywhere at all times. So what’s a few more crumbs to the tar of demise? The only true question here is, should you let go or must you fight?…

My Opinion: I don’t even know where to begin. Harrowhark is barely keeping her head above the water. Even in the previous book she put all her efforts into survival – small house, little power, not enough of anything new, not yet chewed up or sucked dry, with other houses trying to swallow you whole at all times, no one to trust. And now it’s a voyage to unwinnable war with the Deathless Emperor, Teacher. Imagine a gothic tale full of decadent nobles in haunted surroundings full of spirits and walking skeletons alike. And now put that into space, spaceship. All while hopping around, killing planets, fighting monsters, entities. Insane.

It’s a colossal tale. The only thing I didn’t like was the way it was told. But when such things are being told – I’m prepared to suffer. A 5 out of 5, firm.

Posted on September 8, 2020 by Nosferatu 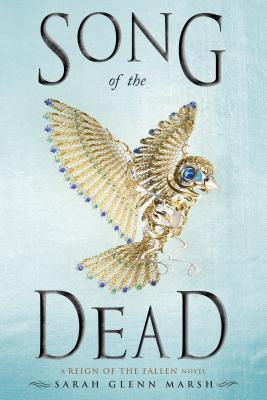 I love a good book on necromancers. And “Song of the Dead” by Sarah Glenn Marsh, second in Reign of the Fallen is definitely a good book.

About the Book: Odessa only barely gets to taste freedom and adventures as dire news from home hurries her back to Karthia. Streets are burning with rioters protesting new, science based regime and lack of the risen dead. Plague is killing the citizens. Strange and dangerous foreign army is approaching homeland shores. And unease in the deadlands. All this is but a surface of troubles Master Necromancer Odessa will have to handle…

My Opinion: Odessa is an absolute badass. And now she has a pet dragon too! Story itself, while filled with action and drama, was at times lacking, but as I said many times: a well written character can ease a sea of pain. Master necromancer was up to the task to carry the reader through parts that seemed neither there nor here, with trouble brewing and mundane things happening that added nothing to the general fun.

It’s good. A 5 out of 5. Come on, a badass bisexual (yes, it is important to represent out loud, and not post factum) master necromancer, killing shades and commanding spirits, with a pet dragon at her side. What more do you want?